If you’re traveling to Phoenix for PressNomics 5, you may find yourself feeling a bit like you’ve entered a foreign land when you get here.

Here are a few things you’ll want to keep in mind when you get here.

The temperature will range between 85-92°F, with lows in the upper 50’s. This is chilly for many of us locals. You will see us dressed in long pants, long-sleeved shirts, and possibly jackets during the day. Try not to stare.

In early April, the dust storms (or haboobs to locals) may become an issue. If you happen to see an enormous wall of dust headed your way, it’s not an apocalyptic end of the world. Although it does somewhat resemble a scene from Independence Day.

You probably never learned about this in school, but the Earth actually has two suns. The one that sits over Phoenix, and the one that sits over the rest of the planet. Ours is much stronger since it is concentrated over a relatively small area. Wear sunscreen or cover up if you’re going to be outside for any extended period of time. (That’s you Saturday golfers). 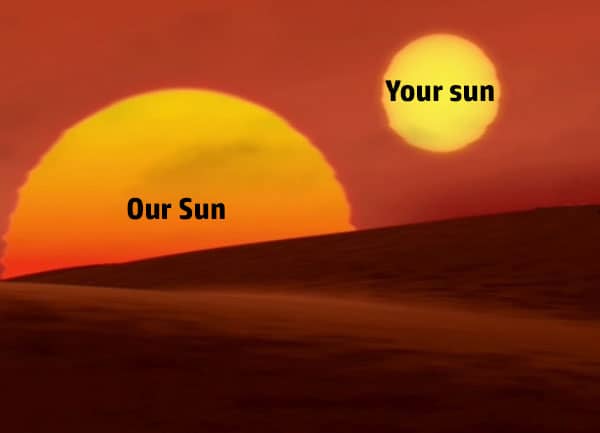 Wherever you’re from, you probably have a ton of squirrels. Like they’re everywhere, right? We have lizards. They usually run away from you just like squirrels do, so don’t worry if you’re squeamish around animals.

They’re more afraid of you than you are of them.
– everyone who isn’t afraid of animals to anyone who is

We also have scorpions, which can sting you with their tail or pinch you with their lobster-like claws. Their sting contains a venom that can be extremely painful, and in some cases may require hospitalization.

They enjoy dark places, so check your shoes before putting them on…seriously.

Scorpions are not afraid of anything because they’re little stinging bastards.
– me

Arizona is one of the only places in the world where you can see an iconic saguaro cactus. You can look, but don’t touch them. The needles are super sharp and will poke you. Plus harming a saguaro cactus in any way is illegal in Arizona. No pokey souvenirs, comprende? 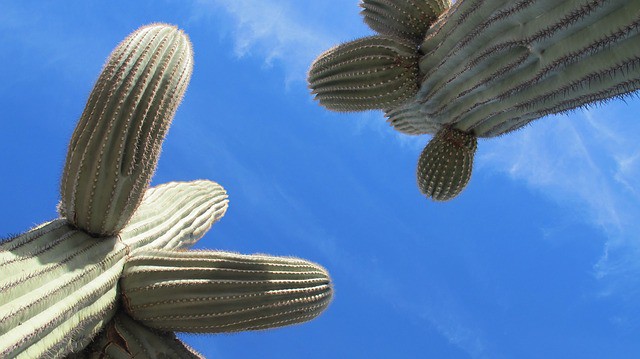 We have many other varieties of cacti including the “jumping cholla”. Don’t get near these or they will stick to you.

At night, you’ll get some of the best starry views due in part to having about 300 sunny days per year, and dark sky laws that reduce light pollution.

The Tempe Mission Palms hotel has a courtesy shuttle to and from the airport that runs between 5:30 am and 10:00 pm. They recommend calling ahead when you land.

If you’re arriving outside of the hotel shuttle’s operating hours or staying at a different hotel, I’d recommend taking an Uber, Lyft, or using the Metro Light Rail.

The light rail is probably the cheaper option but takes a little preparation to get to the right place.

From the airport, the PHX Sky Train will take you to the 44th St/Washington light rail station. From there, continue east to the Mill Ave/3rd St station. The hotel is a 5-minute walk from the station.

Tempe is a very walkable city with a number of bars, dining, and other entertainment within a short distance of the hotel.

We’re situated in the middle of the desert, so bring your own water.

Just kidding, we have enough water for you.

That’s not to say we don’t have water problems, though. One of the biggest problems is that our water pipes are apparently made out of lava. We don’t have cold tap water…ever. Please don’t keep the tap running thinking it will get cooler because it won’t.

I’m really looking forward to meeting new people and learning from what everyone has to say this week. If you’d like to grab a drink, send me a tweet and let’s meet up!