In the military, missions depend on every soldier’s situational awareness. Noticing something out of the ordinary when a soldier is at war can be the difference between life and death. I’m not exaggerating either. 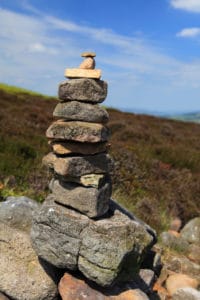 As business owners, we often times get so caught up in the day-to-day of our own jobs, whether it’s client deliverables, payroll, or inventory and supply issues, that we forget to pay attention to what’s going on in the world around us.

These are simple examples. Each business will have their own unique circumstances that they need to pay attention to. Can you think of 4-5 situations that could impact your business in either a positive or negative way? How are you taking advantage of those positive situations? What are you doing to negate the negatives?

Want to learn together?

I'd like to share the lessons I've learned while in the Army with you. You don't need to be a soldier to learn something from a veteran. These lessons can apply to your business or personal life, and help motivate you to leap into the next big thing in your life.